From the Bloody Scotland site:

It’s that time of the year again when we reveal the Crime in the Spotlight-ers!

Being selected for ‘Crime in the Spotlight’ is like being asked to be the support band on a major stadium tour. A bit like what Travis were to Oasis. Two years ago Graeme Macrae Burnet appeared ‘in the spotlight’ immediately before Ian Rankin, one year later he was shortlisted for The Man Booker. It’s a great opportunity to perform in front of a vast audience of potential fans.

The Directors of Bloody Scotland have selected the authors and paired them with the acts they will be supporting this year: 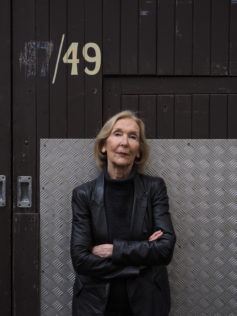 Clare describes herself as ‘a feisty Glasweigan’. Following a career in Aberdeen and St Andrews she gained an MLitt with distinction from the University of Dundee.

Following a career in business, Claire MacLeary gained an MLitt with Distinction from the University of Dundee.

Her Harcus and Laird series, featuring unlikely crime duo Maggie and Wilma, is published by Saraband under its Contraband imprint. Her short stories have been published in various magazines and anthologies.

A native Glaswegian, Claire spent her childhood in the Highlands and currently lives between Edinburgh and St Andrews.